Why use Fly Ash and Slag in Concrete?

It is not uncommon for contractors to overlook the use of fly ash and slag in their concrete. This is usually the case when the contractor doesn’t truly understand the role that Supplementary Cementitious Materials (SCMs) have in concrete. Yes, some applications do not support the usage of SCMs such as when producing pervious or permeable concrete. However, even when SCMs are a valid option, contractors do not take the time to include it in their mix design.

What is fly ash?

Quite simply, fly ash is the remnants of burning coal. The fly ash is collected in something known as a bag house. See the below diagram : 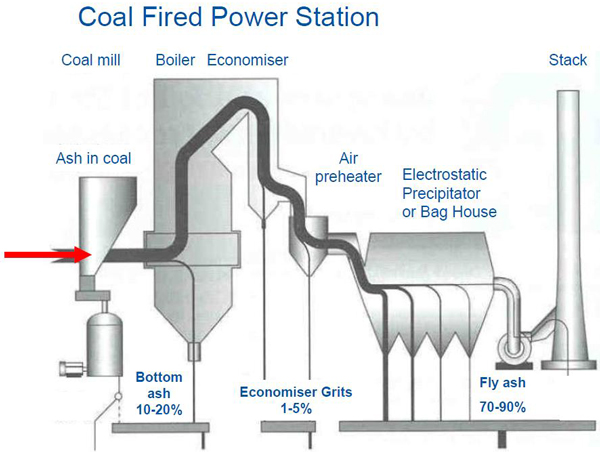 Fly ash particles are spherical and are smaller in size than cement. Fly ash can only be activated when cement is being used as well. When cement reacts with water, it produces lime, which reacts with fly ash, which produces CSH (Hydrated Calcium Silicate). The CSH is the same cementing product as Portland cement. Fly ash will usually range between 15-30% of the cement when being used.

Since fly ash is finer than Portland cement, it will inhabit even smaller voids than cement particles, which are normally inhabited by water. This therefore aids in creating a stronger concrete with less permeability. Less water is needed to make the concrete workable, maximizing the strength while maintaining the workability. Although set times are prolonged with fly ash, in just 28 days, the strength of the concrete will surpass the same mix without the fly ash.

Slag is similar to fly ash in that it is finer than standard Portland cement and is also cheaper as it is a process byproduct. It is is produced by the steel production industry. Slag happens when iron ore is melted. The molten iron sinks to the bottom, while the slag will float on the top of the iron. See the diagram below: 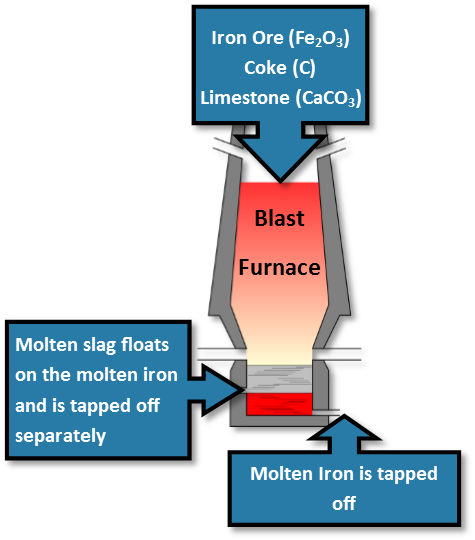 Applications for Fly and Slag Can Vary

Fly ash is more of a smooth particle rather than slag’s rough and jiggered texture. This aids in applications such as finishing floors.

Common applications include filling small cracks where one may need a low graded mix to get in the tight spaces. Precast often has this use. Other areas may be when managing the permeability is essential such as areas that will see high salt uses such as roads and sidewalk in northern climates. And lastly, when you just want to cut down the material costs of concrete. With cement being the costliest ingredient, substituting fly ash or slag can help maintain a stronger mix at a lower cost. Fly ash and Slag will typically be 18% cheaper than Portland cement. When a mix includes 20% fly ash, this will provide savings of 3.5% in cost. The advantage of slag is its ability to substitute more of cement. Giving savings of up to 9% in cement cost with a 50% slag to cement content ratio.

With the combination of both cost savings and strength increase, SCMs such as fly ash and slag should always be considered for certain applications. Learn more about how to set up your volumetric mixer with a fly ash bin by contacting the Bay-Lynx team at 905-304-3900.

View all
Why use Fly Ash and Slag in Concrete?