This week a brave man from Huron County, ON was recognized by his community with a commendation for saving a woman’s life.  Just two months ago, Jake Johnson, of McCann Redi-Mix put out a raging car fire in the nick of time using his Bay-Lynx equipment.

Upon arriving at the scene on Mount Carmel Road, Johnson noticed smoke rising from a wooded area and he, along with another passerby, quickly tried to put out the fire.  It wasn’t until they heard a scream coming from the inside of the car that they realized they were not alone.  The fire continued to blaze and after 3 fire extinguishers exhausted, Johnson had to think fast for what to do next.

“It was scary at a couple of points there, but failure was not an option at this point, I did not care. We were going to do everything possible to stop it!” 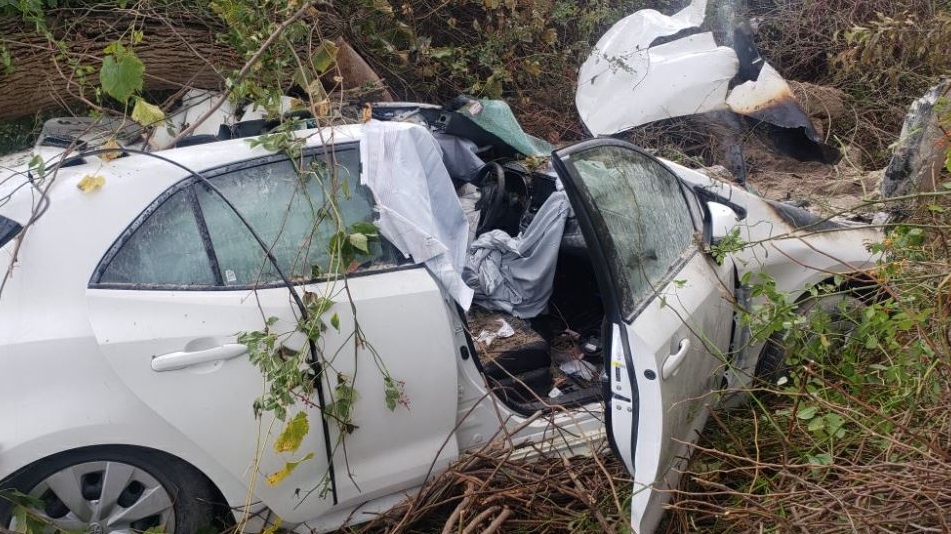 Johnson then proceeded to quickly move his Multicat Spreader closer, extend the throw conveyor arm, and spray sand directly on the engine compartment.  Within minutes the fire was extinguished, and emergency crews arrived to free the woman from the car.  She was taken to the hospital via air ambulance but is now up and walking much to everyone’s relief.