When “Cookie Cutter” Mixers won’t do the Trick – Modified Concrete

Caleb Austel and the team at Modified Concrete in Indianapolis, have been the leaders and one of the largest bridge concrete suppliers of latex modified concrete and rapid setting latex concrete. However, with this offering of very specific concrete, a standard volumetric mixer wouldn’t do the trick. Hence, when it came time to start replacing their fleet of volumetric mixers, their leadership team took a hard look in the market at different suppliers.

As they discussed their needs with various suppliers it was clear to them that the Bay-Lynx mixer was their answer, as a standard off the shelf volumetric mixer would not do for their needs. As Caleb Austel of Modified Concrete describes it,

“After he got me out to the Bay-Lynx shop and I met the team, there was no doubt Bay-Lynx was the correct fit.”

The Bay-Lynx team quickly responded to Modified and went through the details of the machine and provided Modified with a mixer that was user friendly to their operators. Specialty items such as the location of the pneumatic fill pipe and latex tank specifications were all part of the design and fit Modified Concrete’s needs. 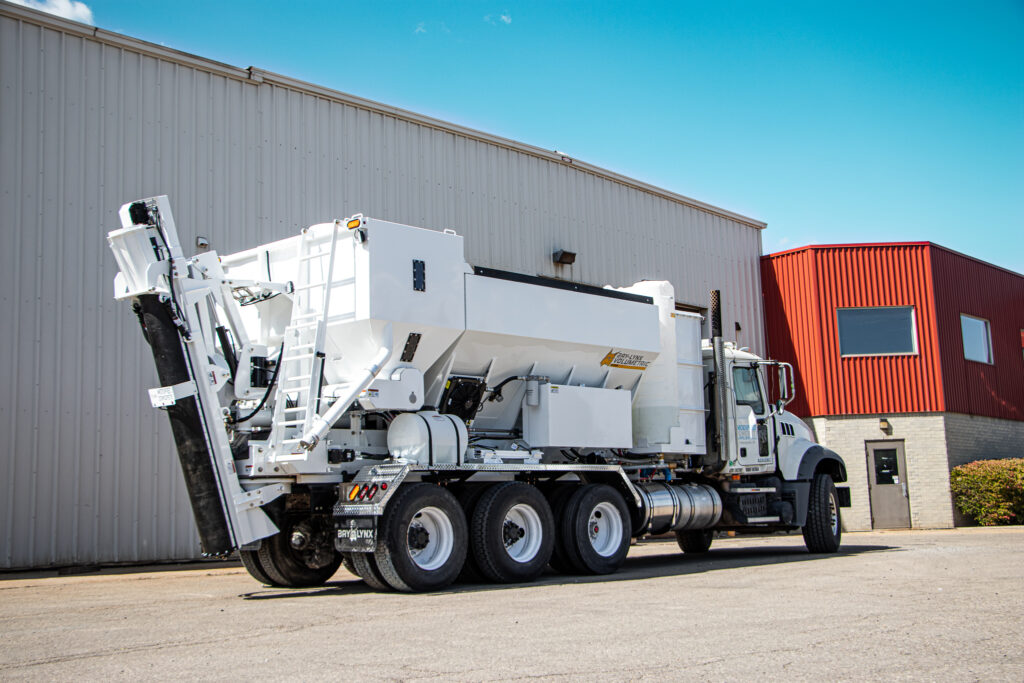 While changing out to a different supplier is always a concern Modified also discovered that his operators would enjoy the change. Caleb states,

“Modified operators were worried about switching to a new manufacture of mobiles because they knew the other units. However, once they used the Bay-Lynx units my guys loved them.”

Lastly, Caleb was worried if the parts and service support would suffer due to the border separation. He was concerned if parts could be ordered and would arrive quick enough. He was pleasantly surprised that this has never been an issue and said,

“After 3 years of ordering parts from Bay-Lynx, this is not a concern at all.”

Since the first custom built machine, Modified Concrete has continued to grow in their leadership role in bridge deck concrete including both chassis and trailer mounted set-ups. The Bay-Lynx team thanks all the members of Team Modified for their business, and is proud to be part of their continued success.